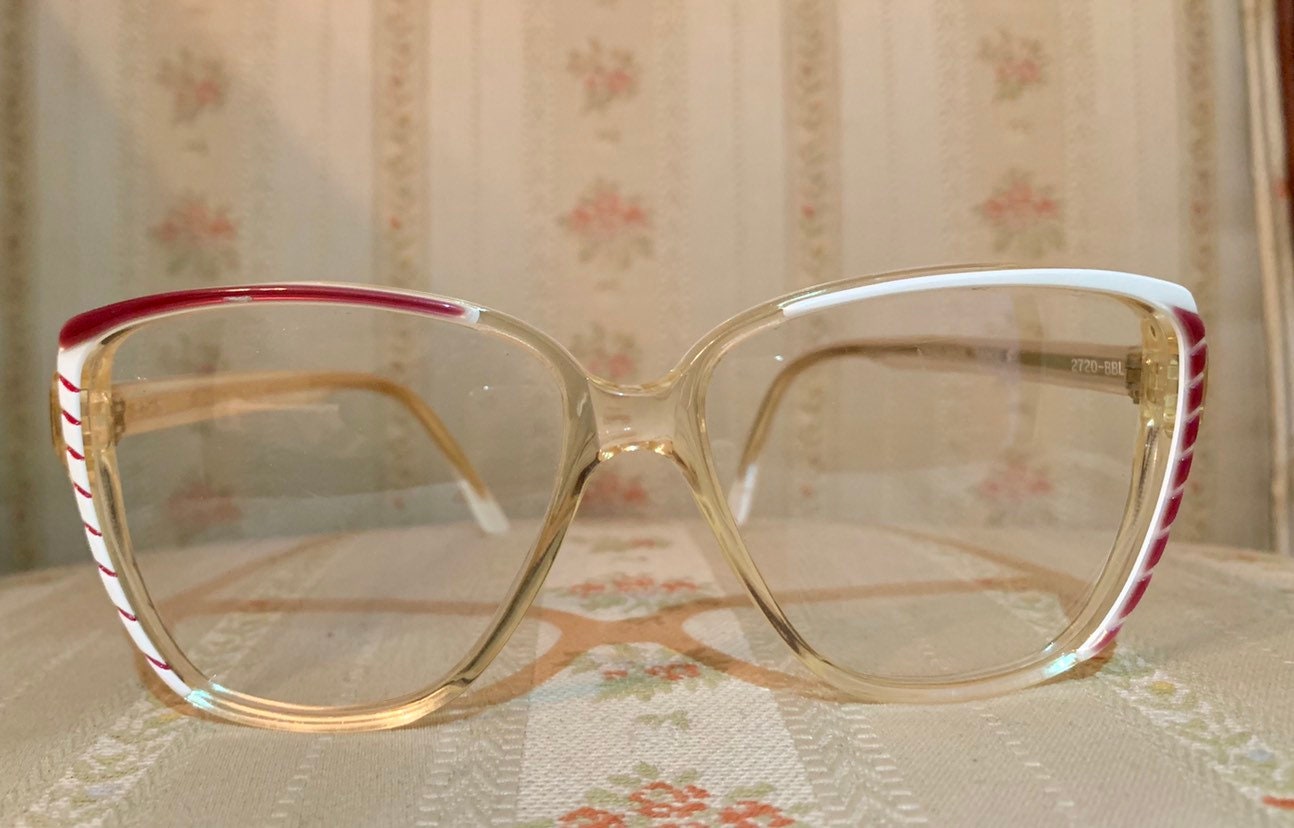 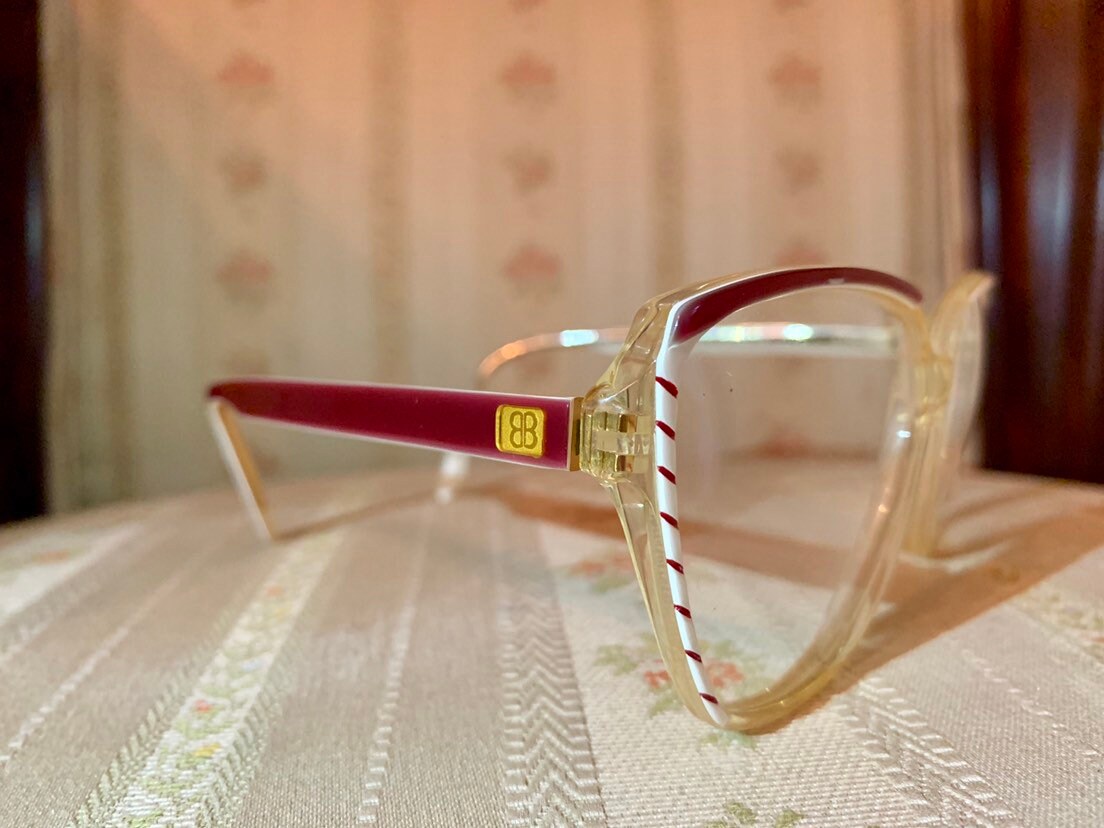 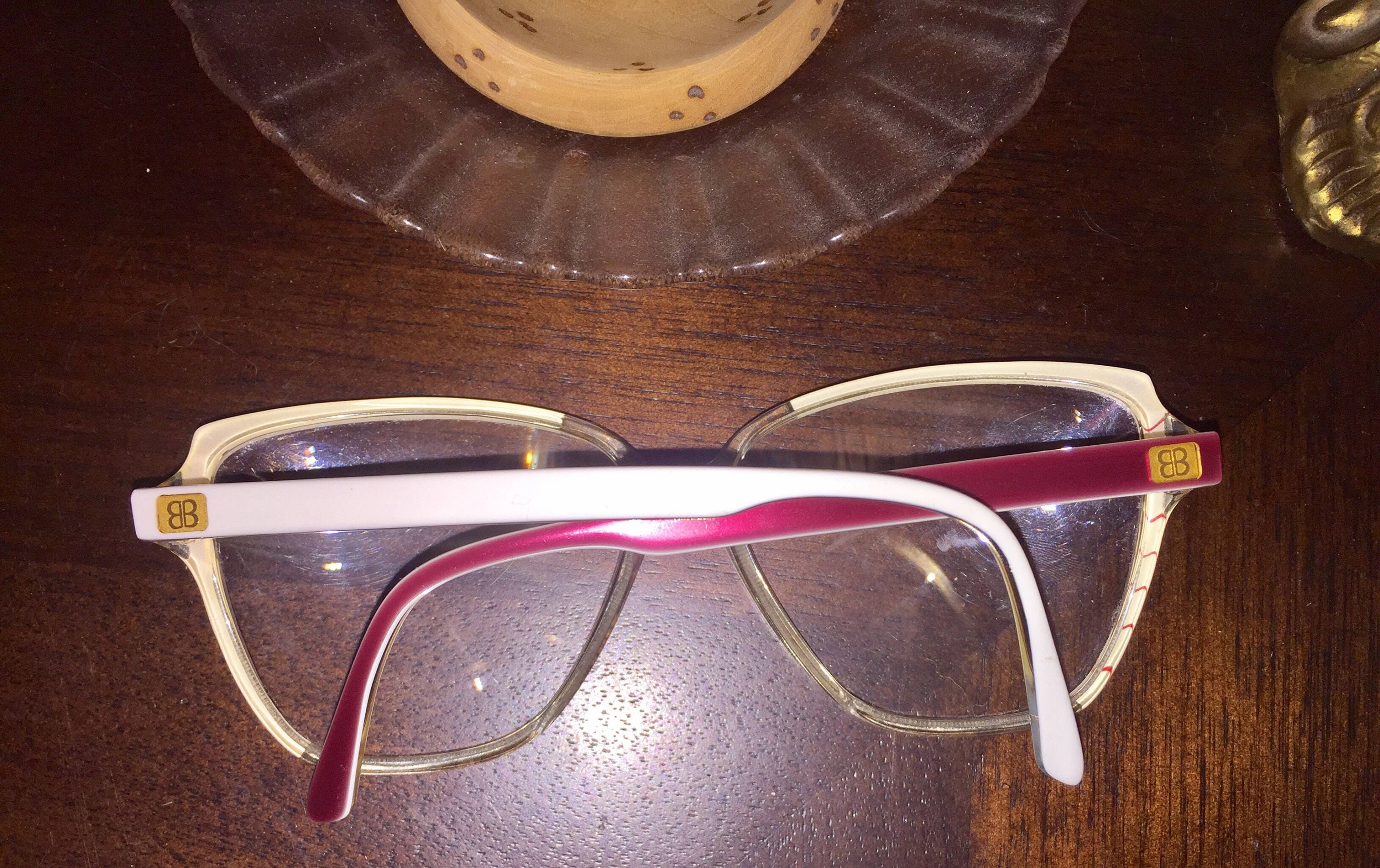 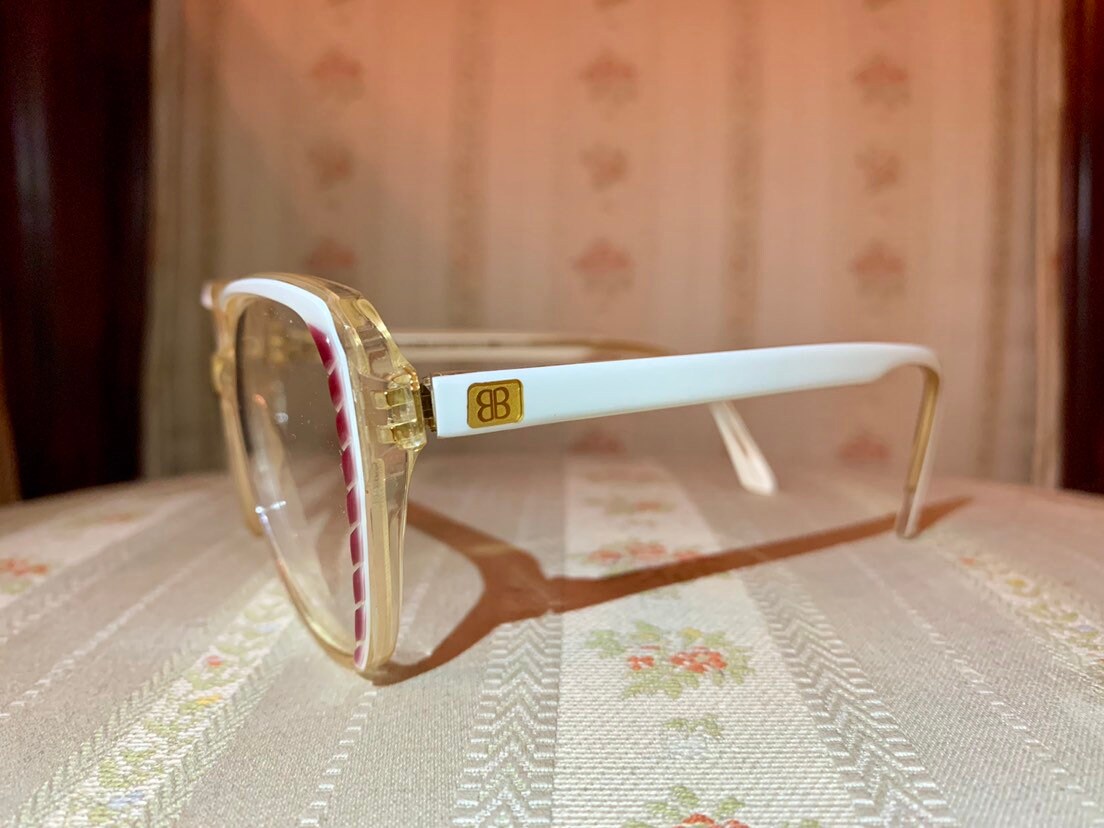 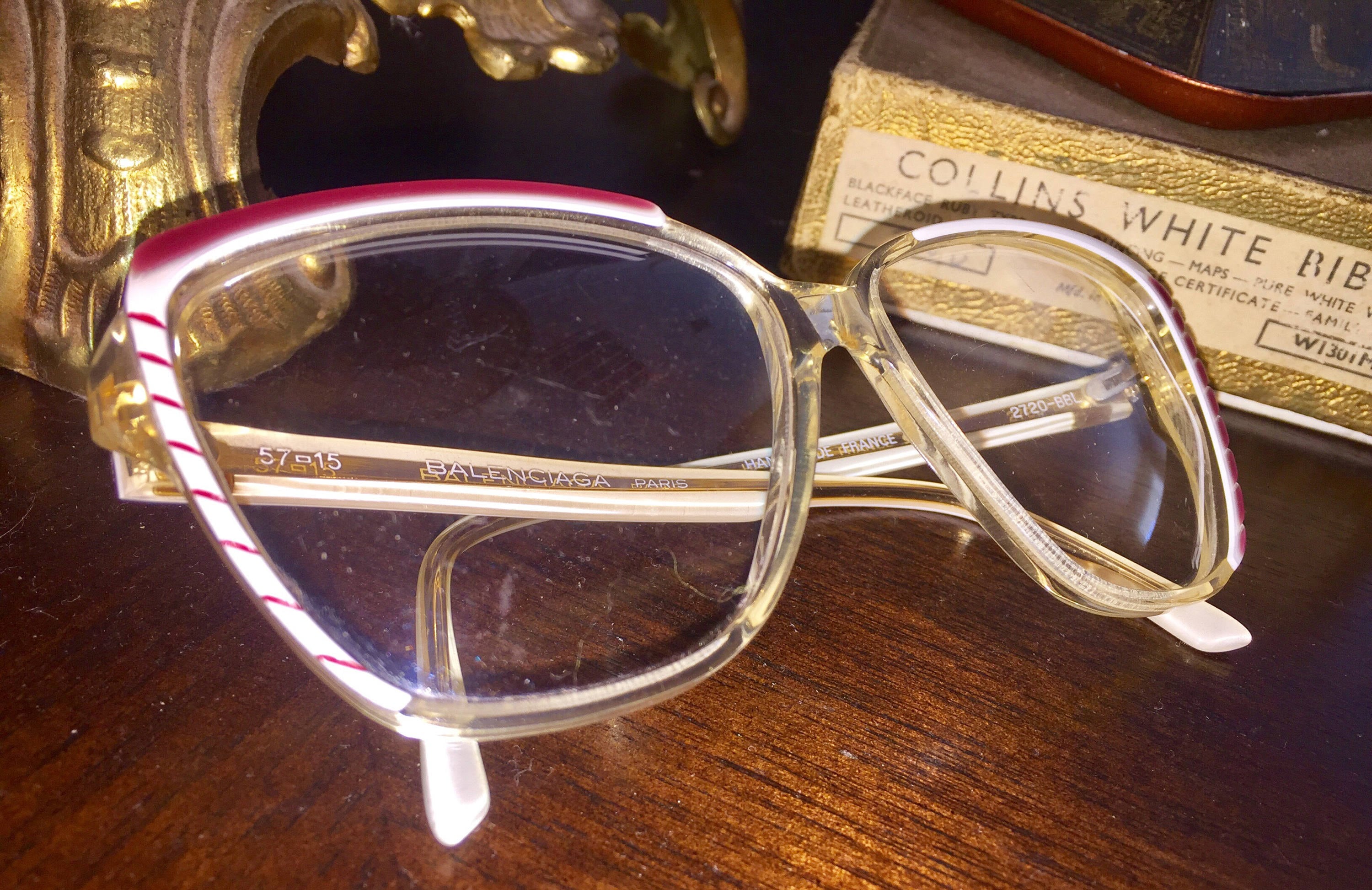 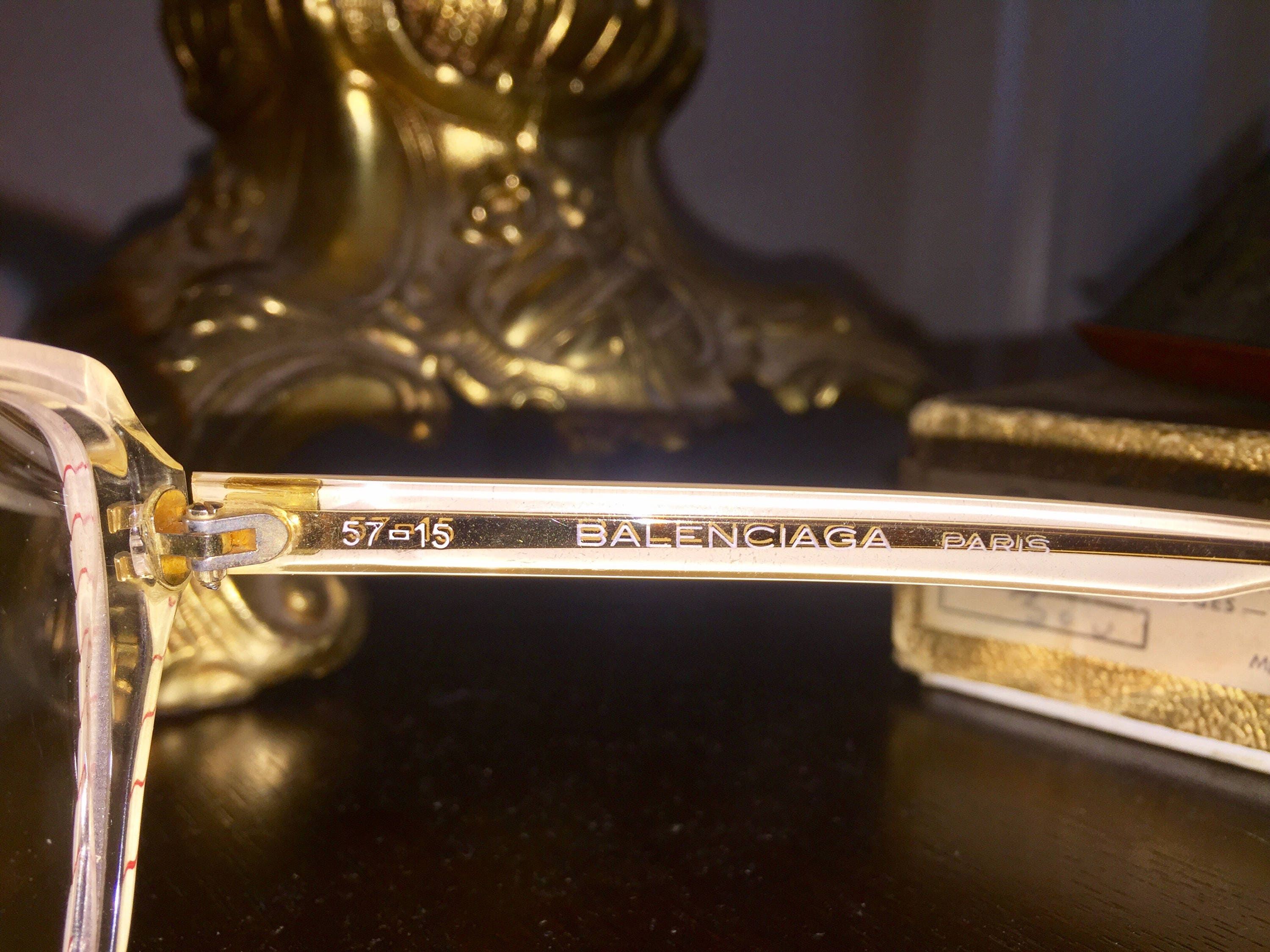 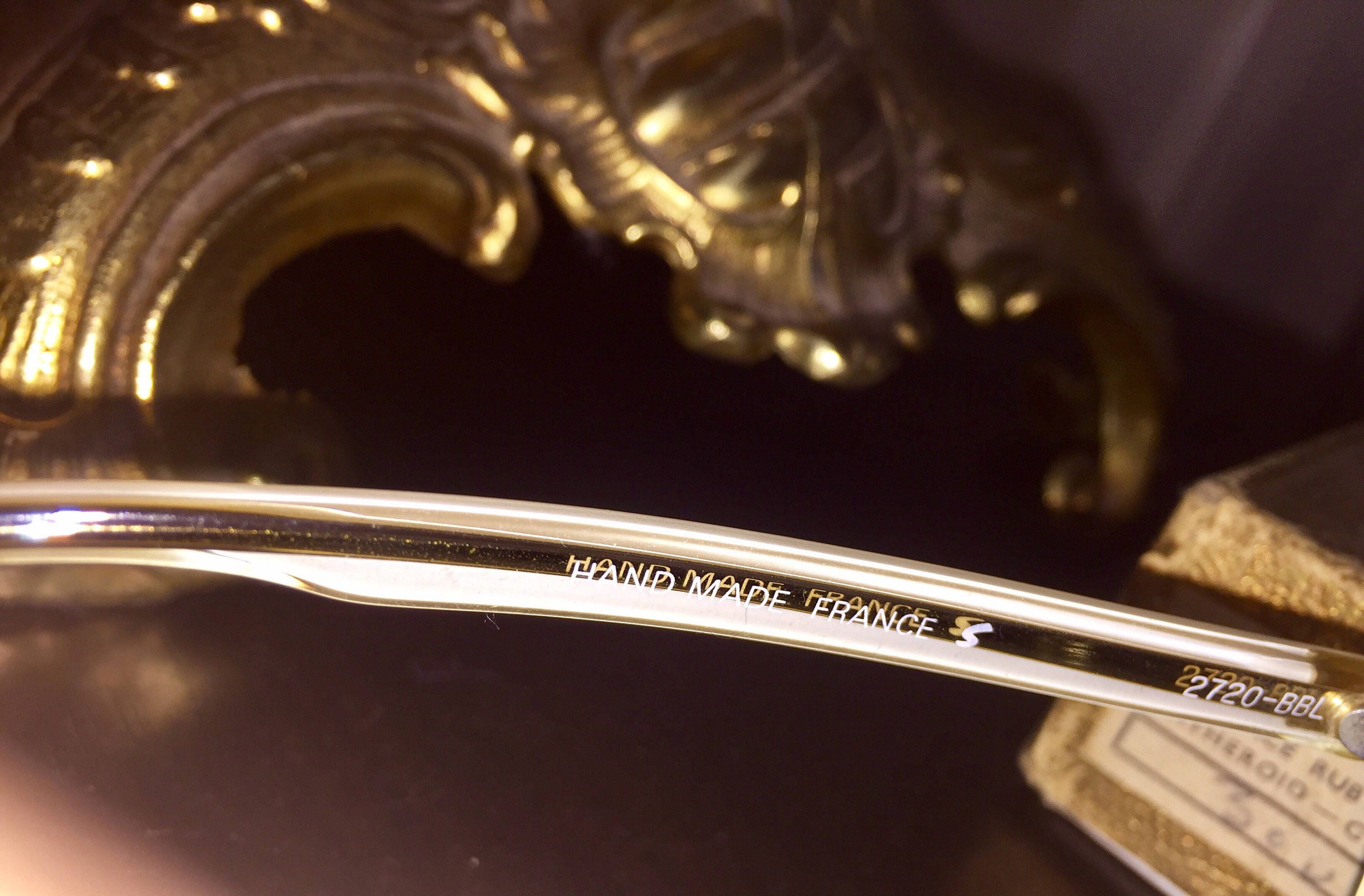 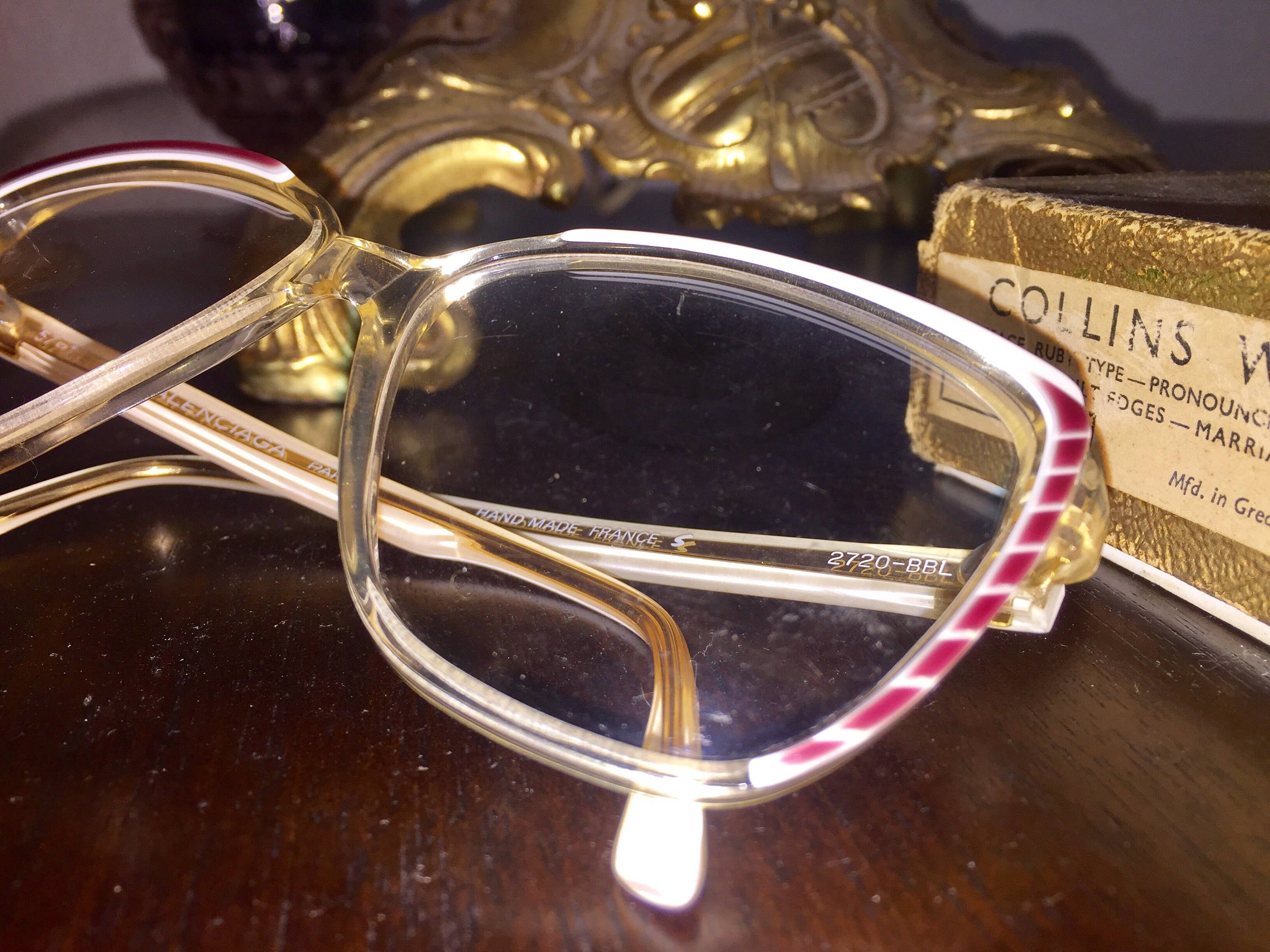 Vintage 1970's deadstock Balenciaga Frames. White and Red striped design. (has been in storage since the 70's)! Clear non-prescription ready to wear lenses in frames. They are a rare find! Handmade in France.

These are so freaking cute on me!!! Love vintage frames!