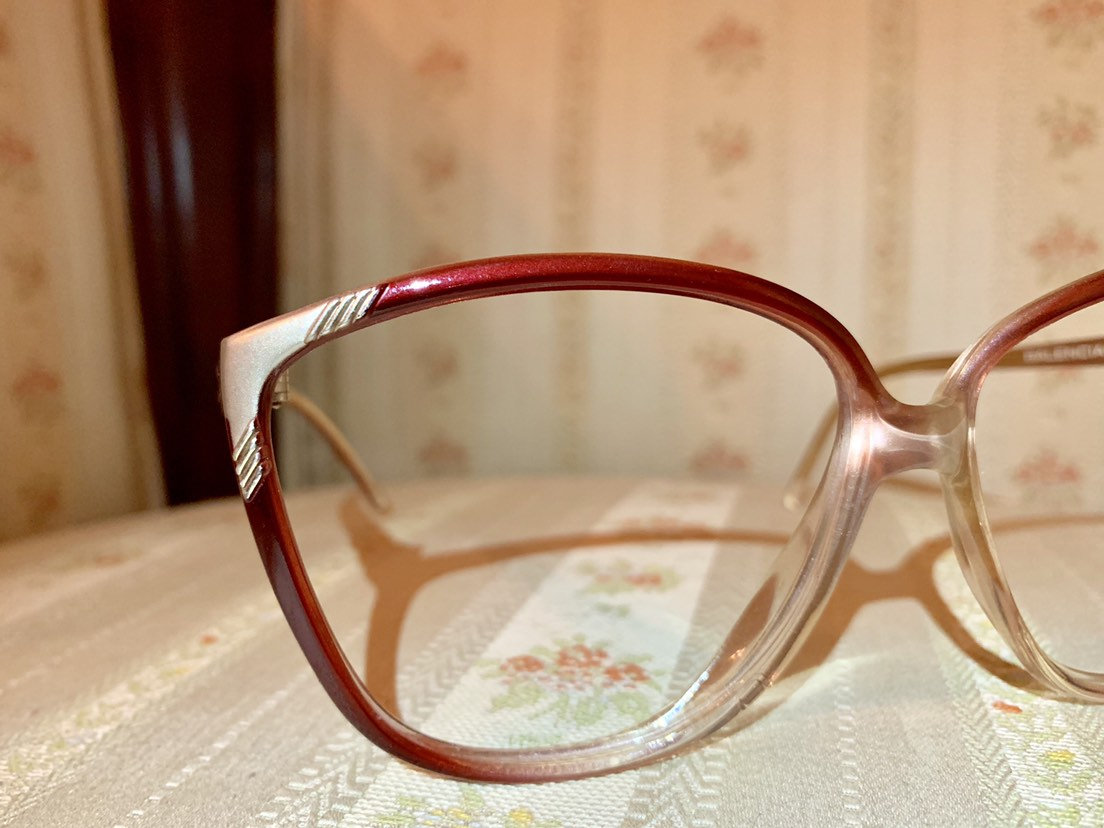 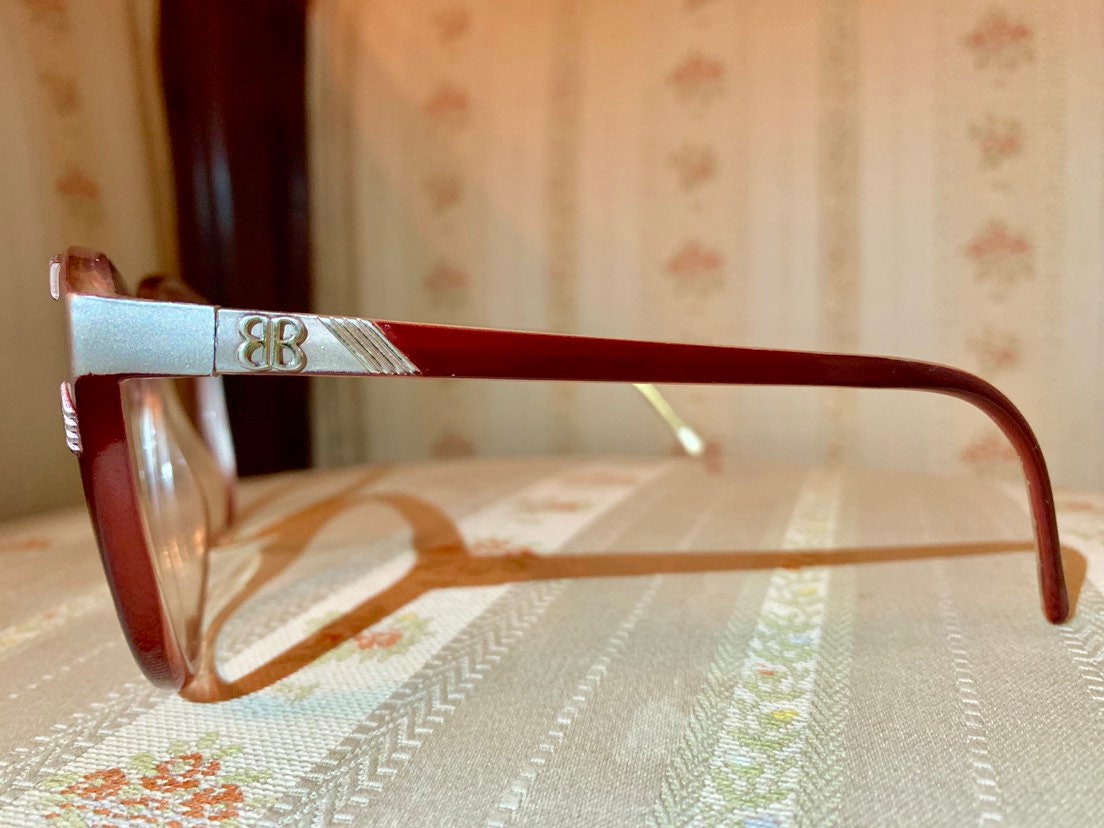 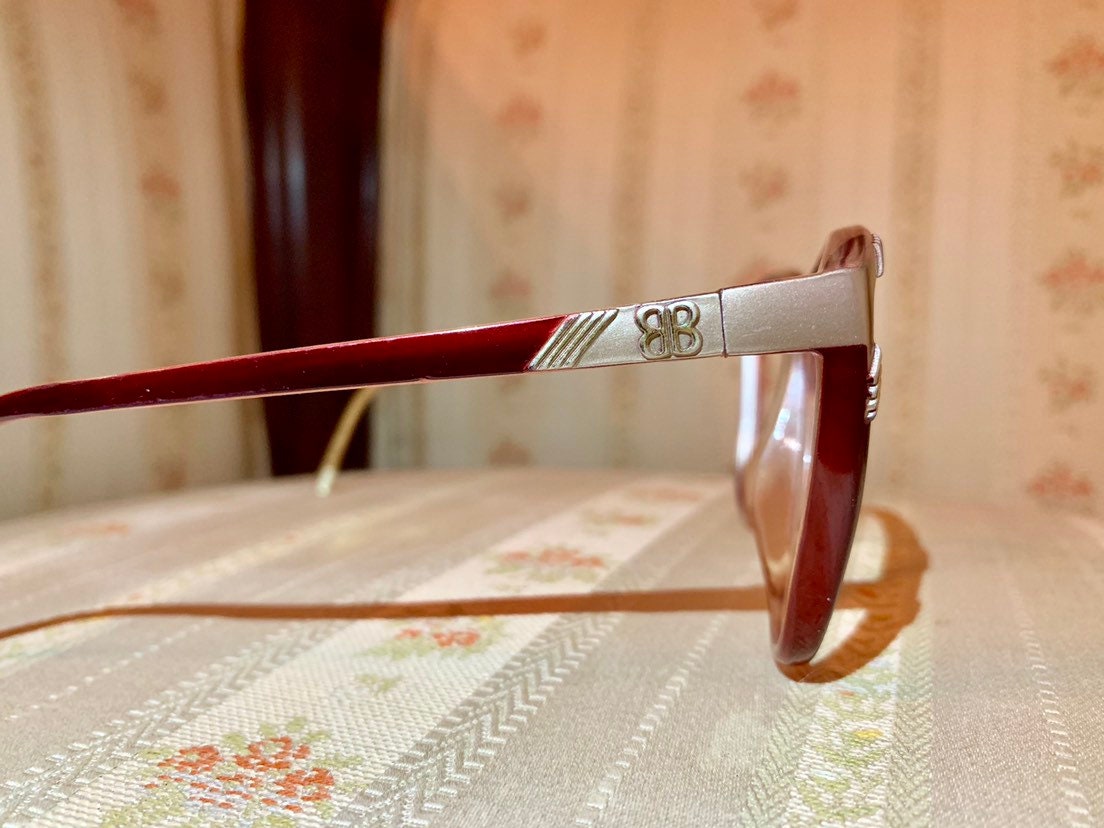 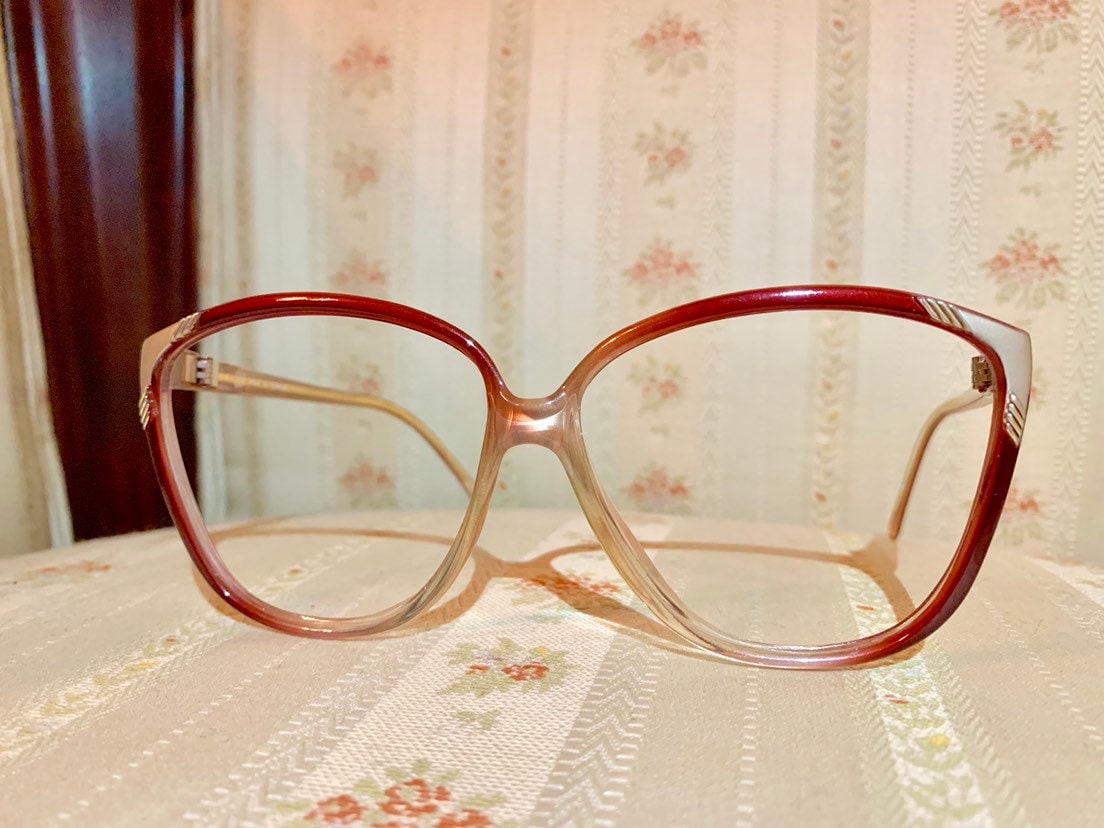 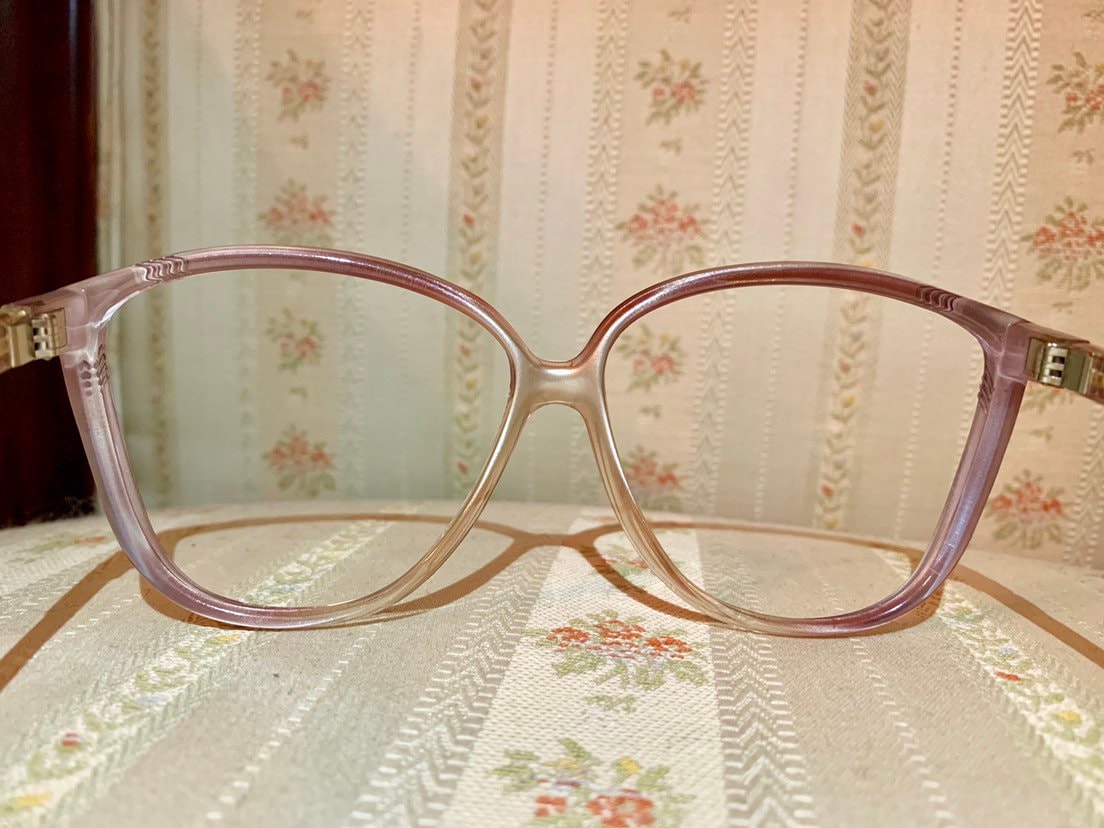 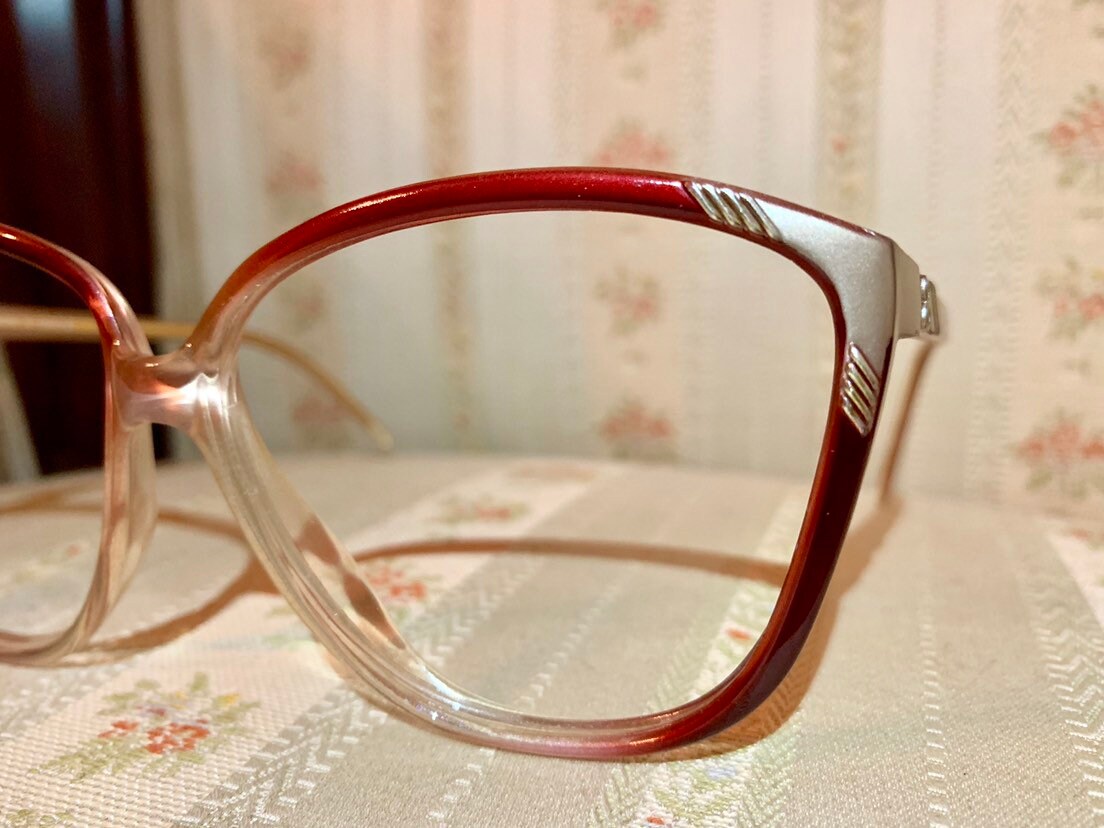 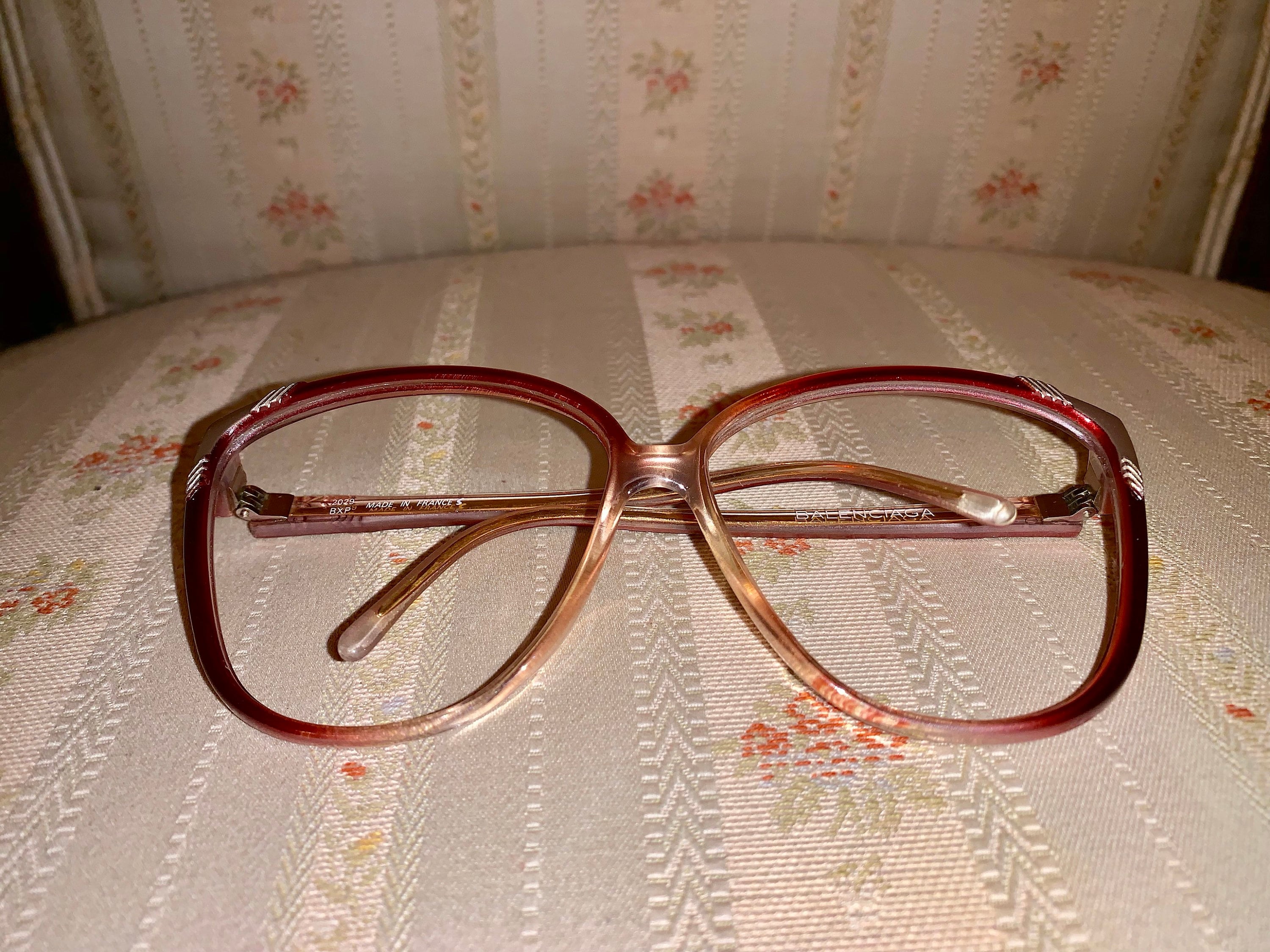 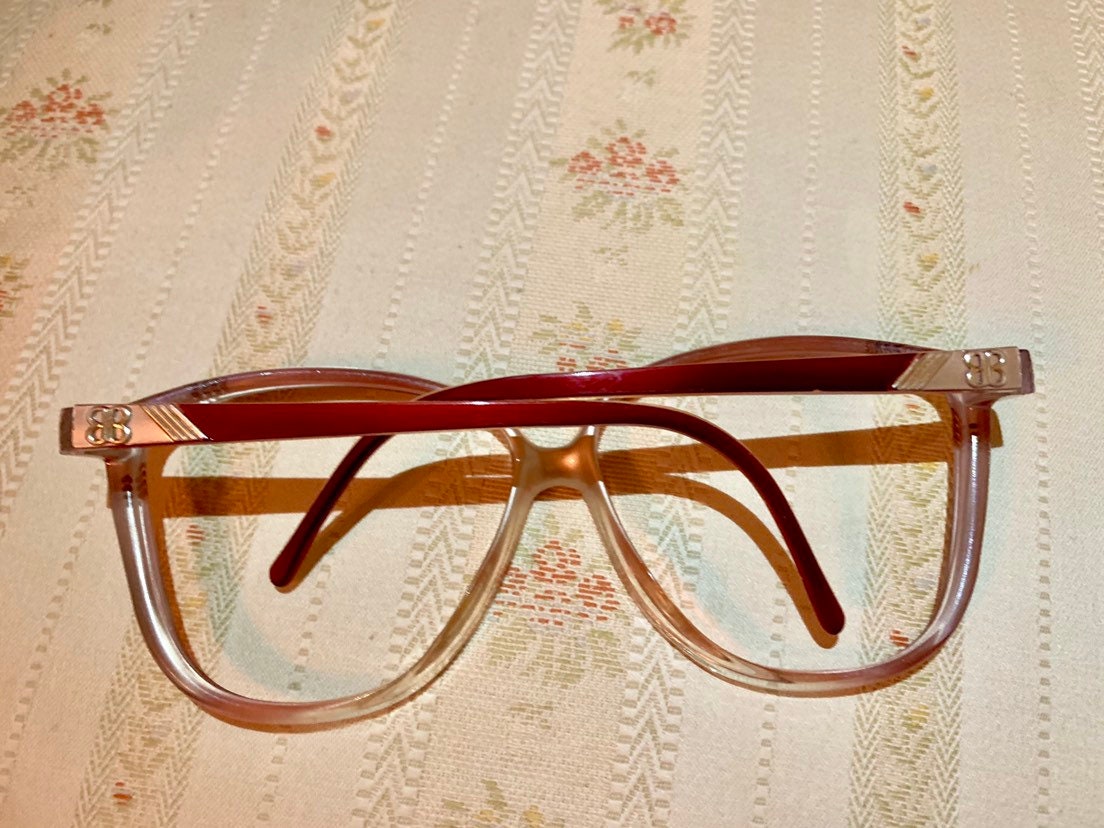 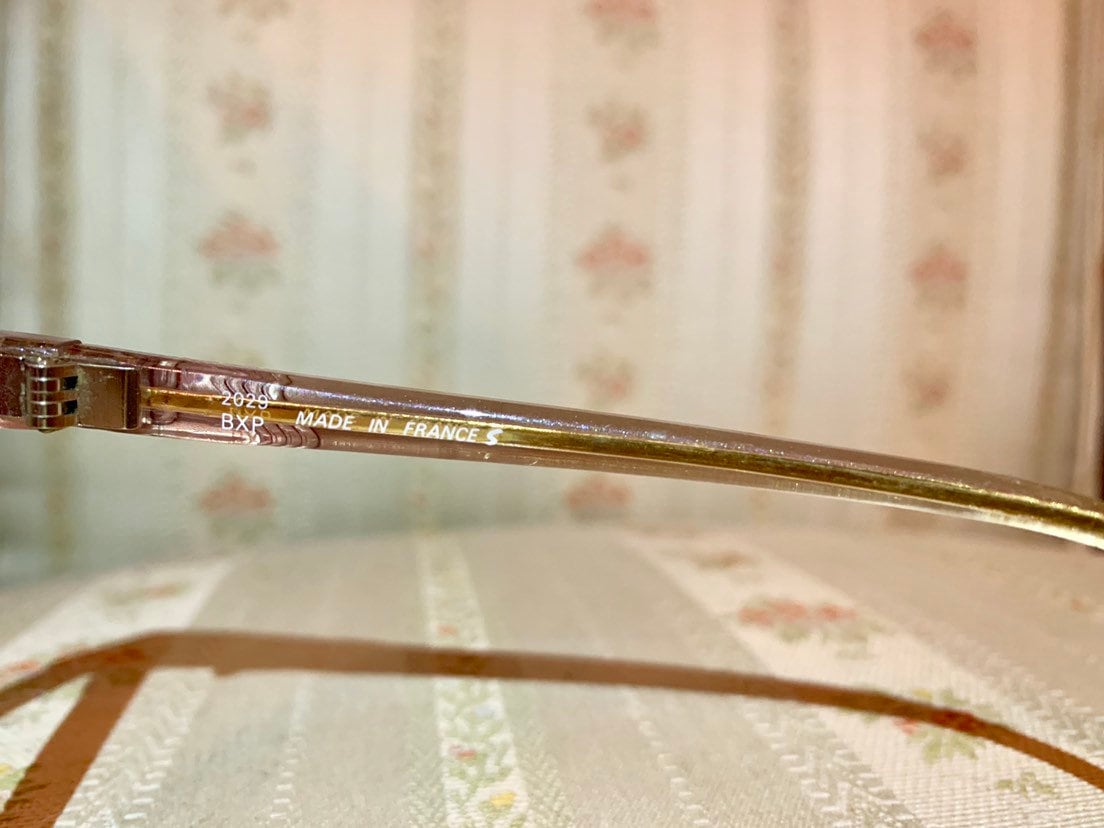 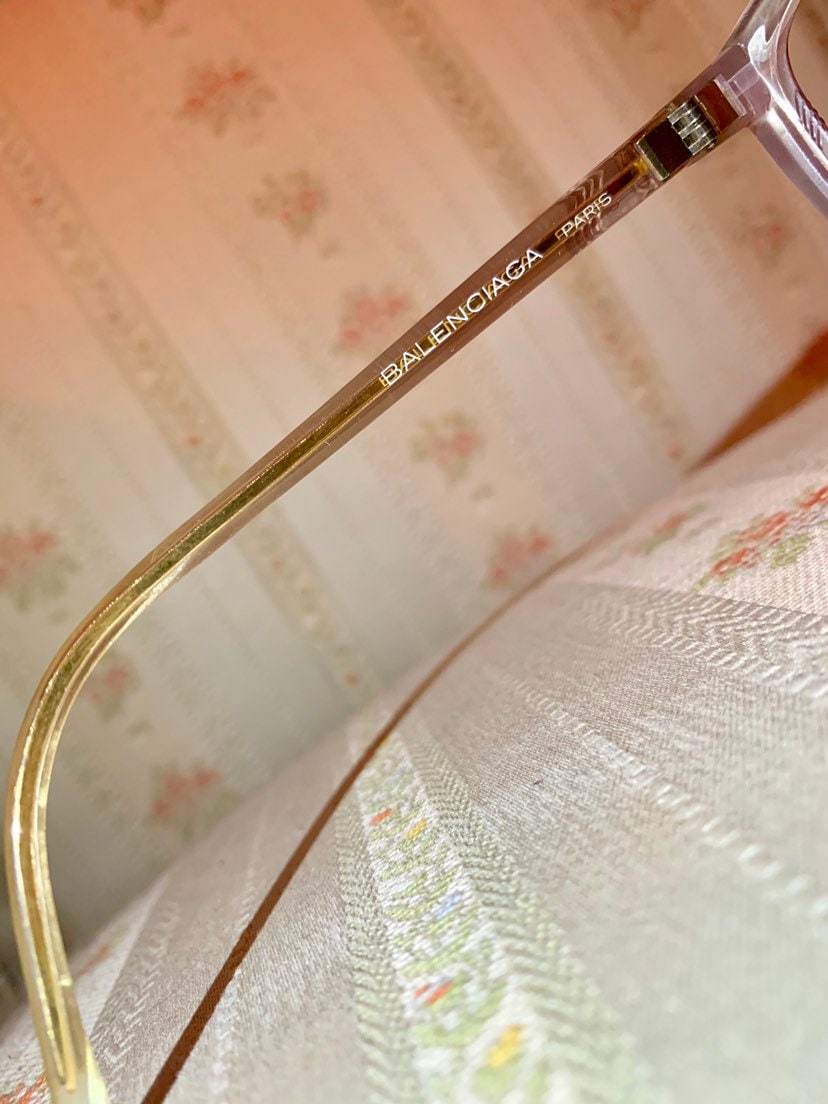 Vintage 1980's Balenciaga Maroon and Silver Logo Frames. Maroon frame with beautiful silver accents. Balenciaga logo located on both arms. In great vintage condition with signs of wear due to age and storage. Made in France. Model 2029 BXP.