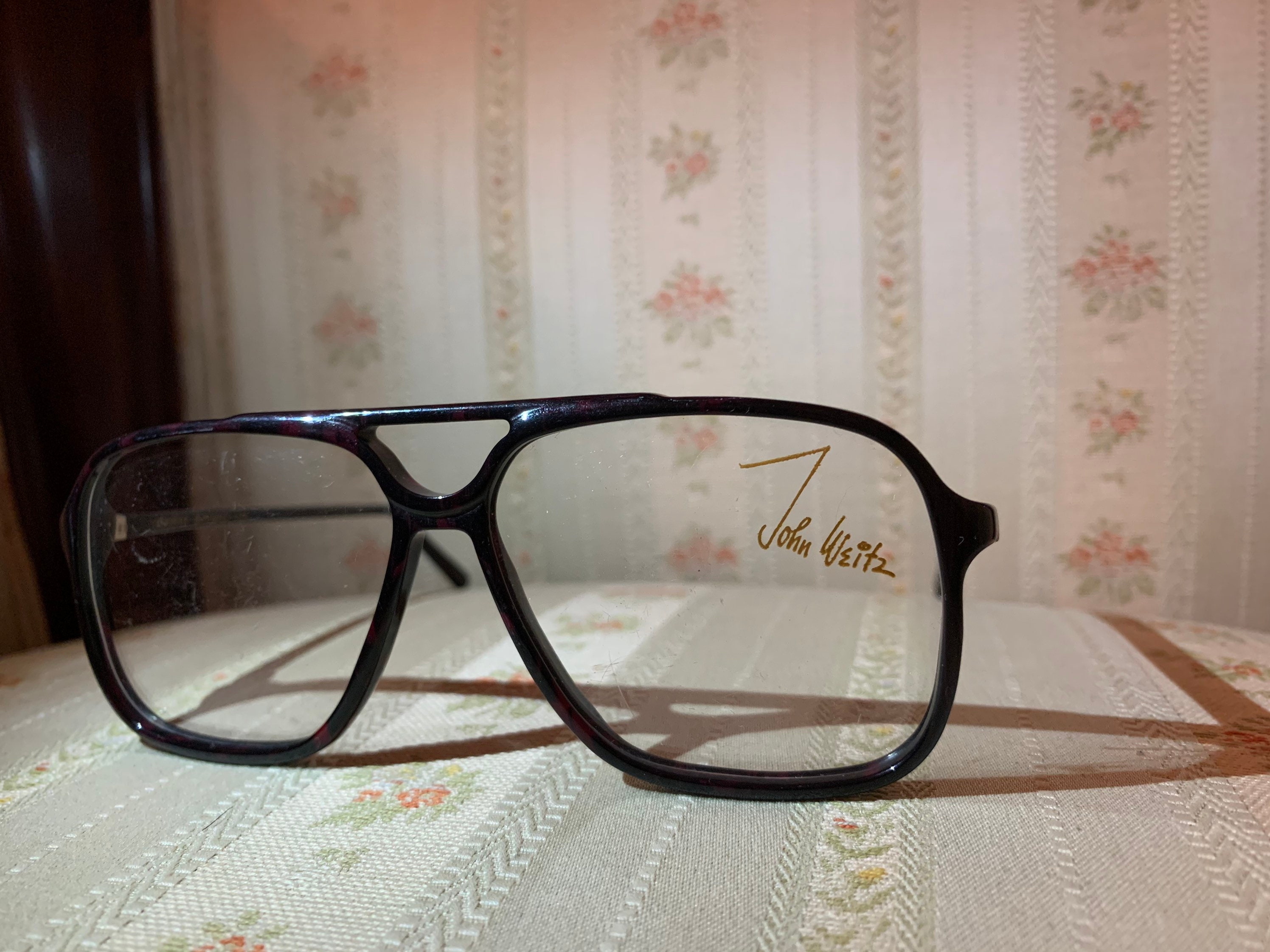 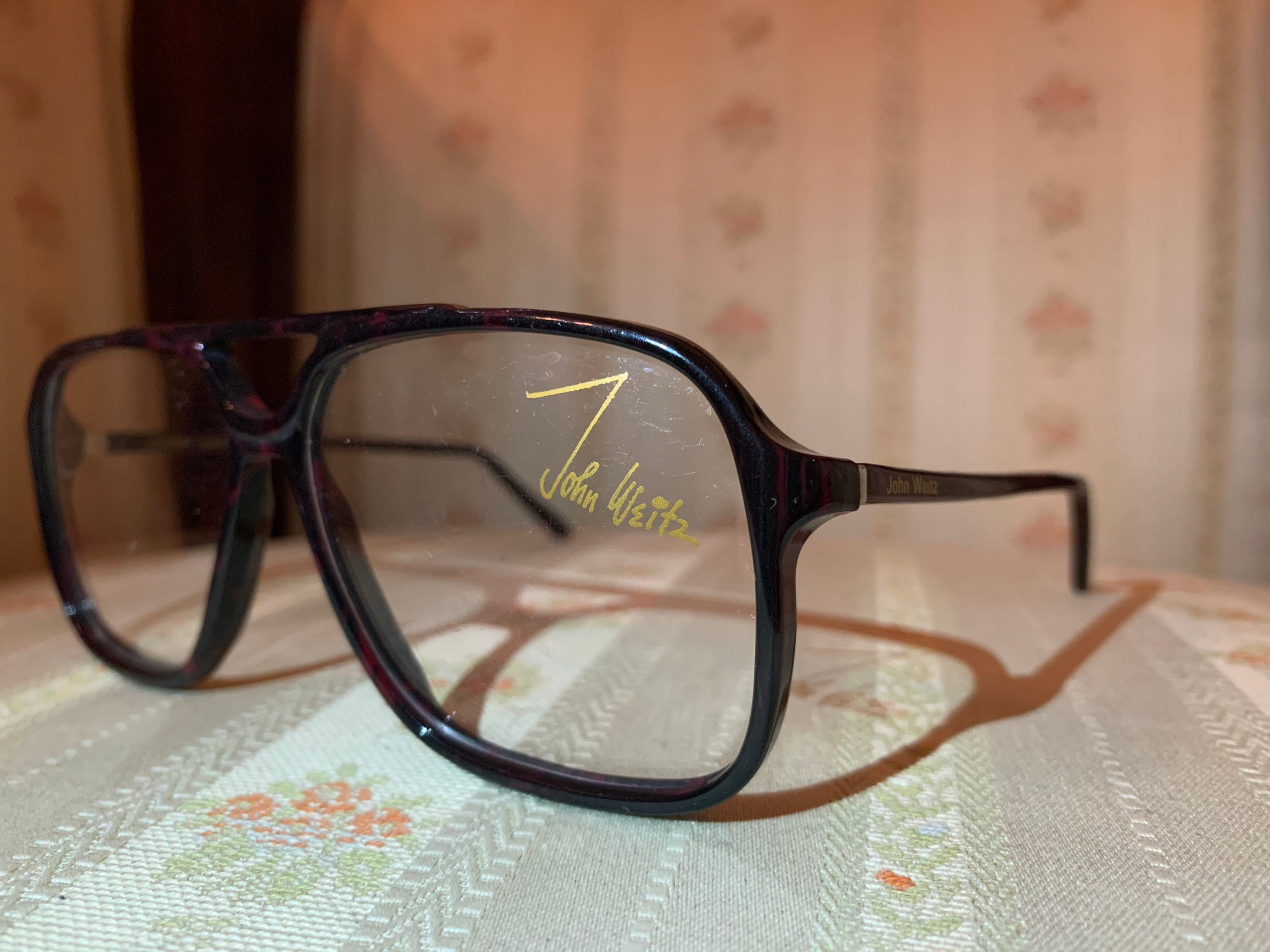 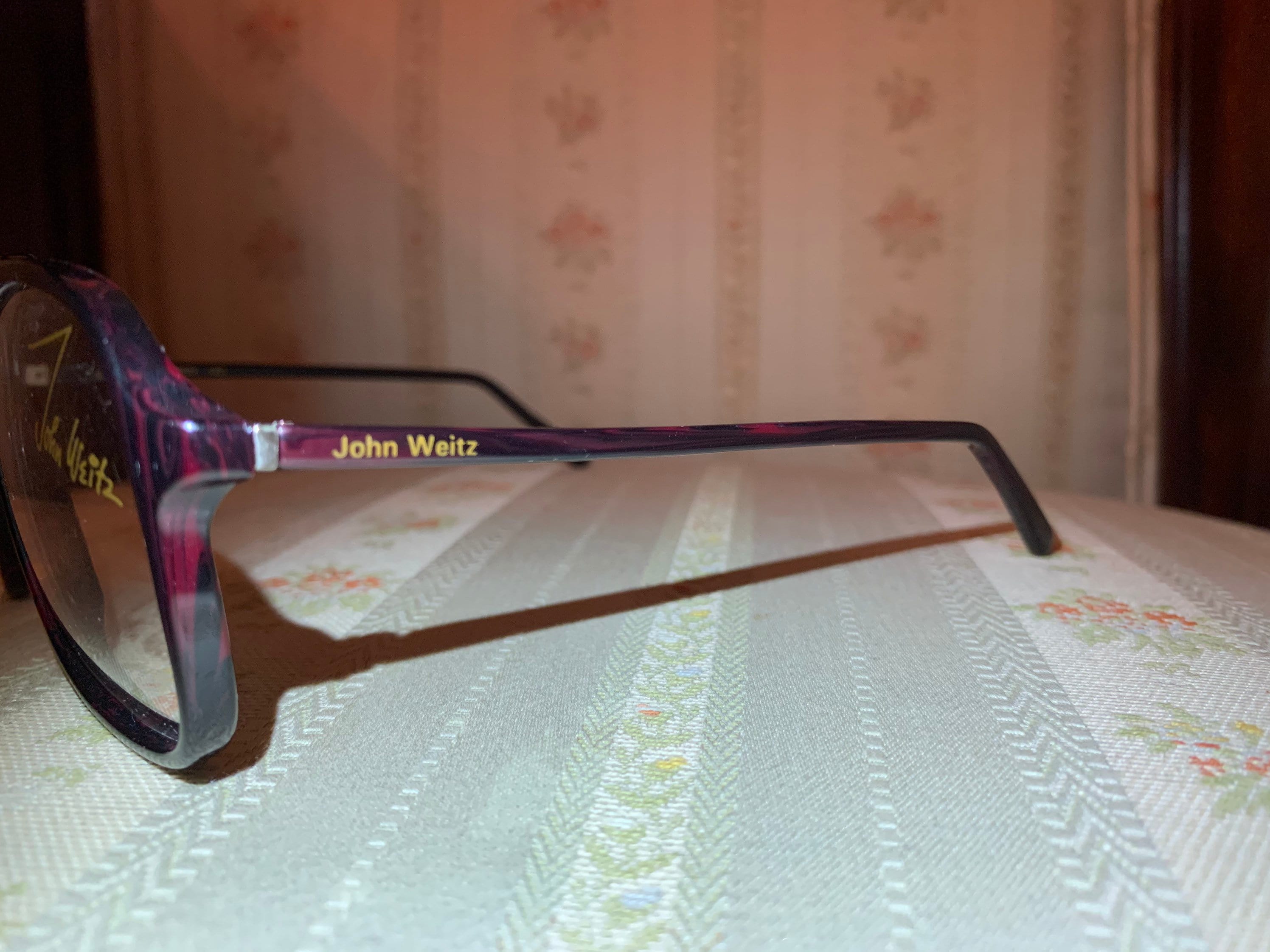 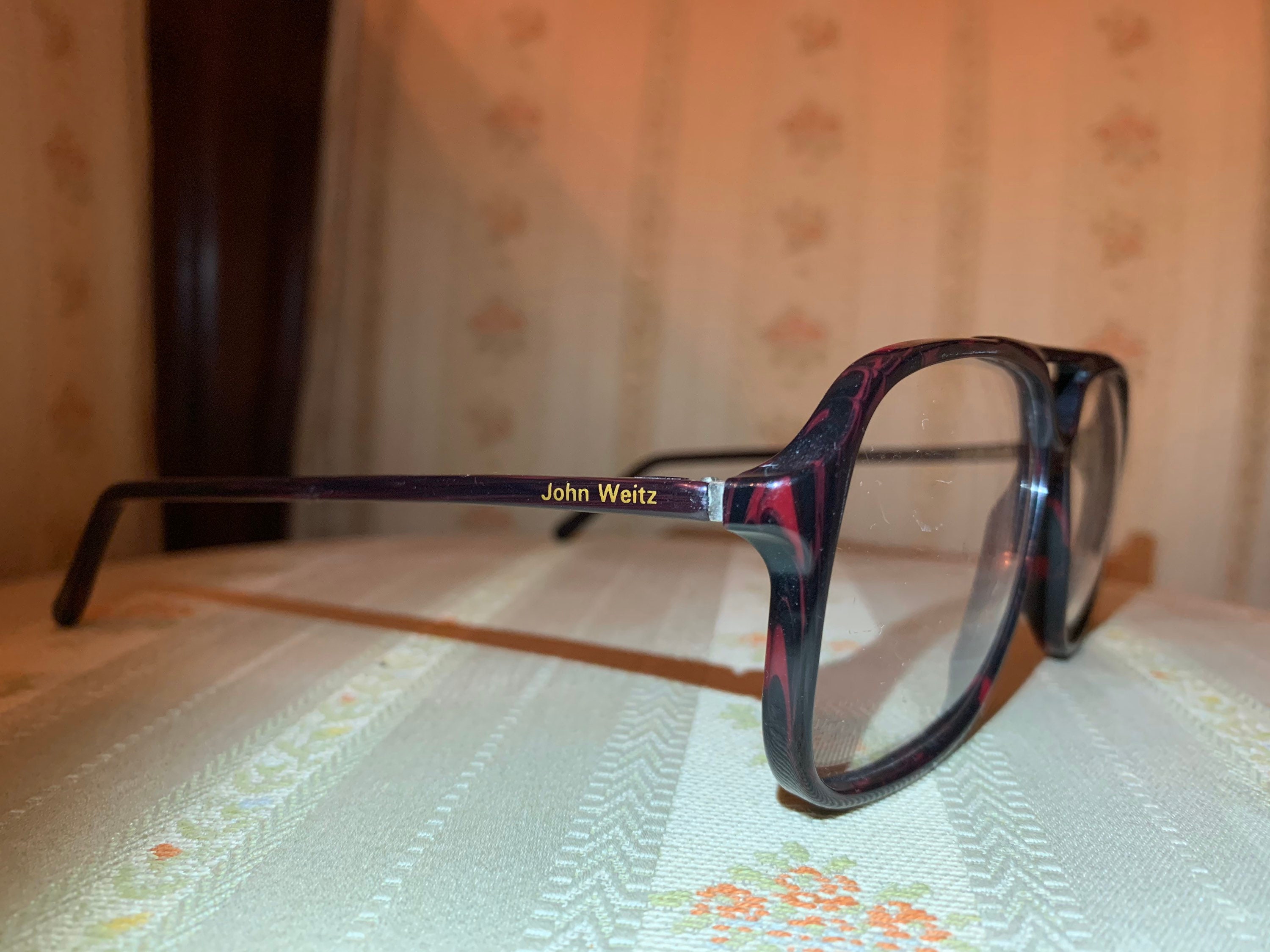 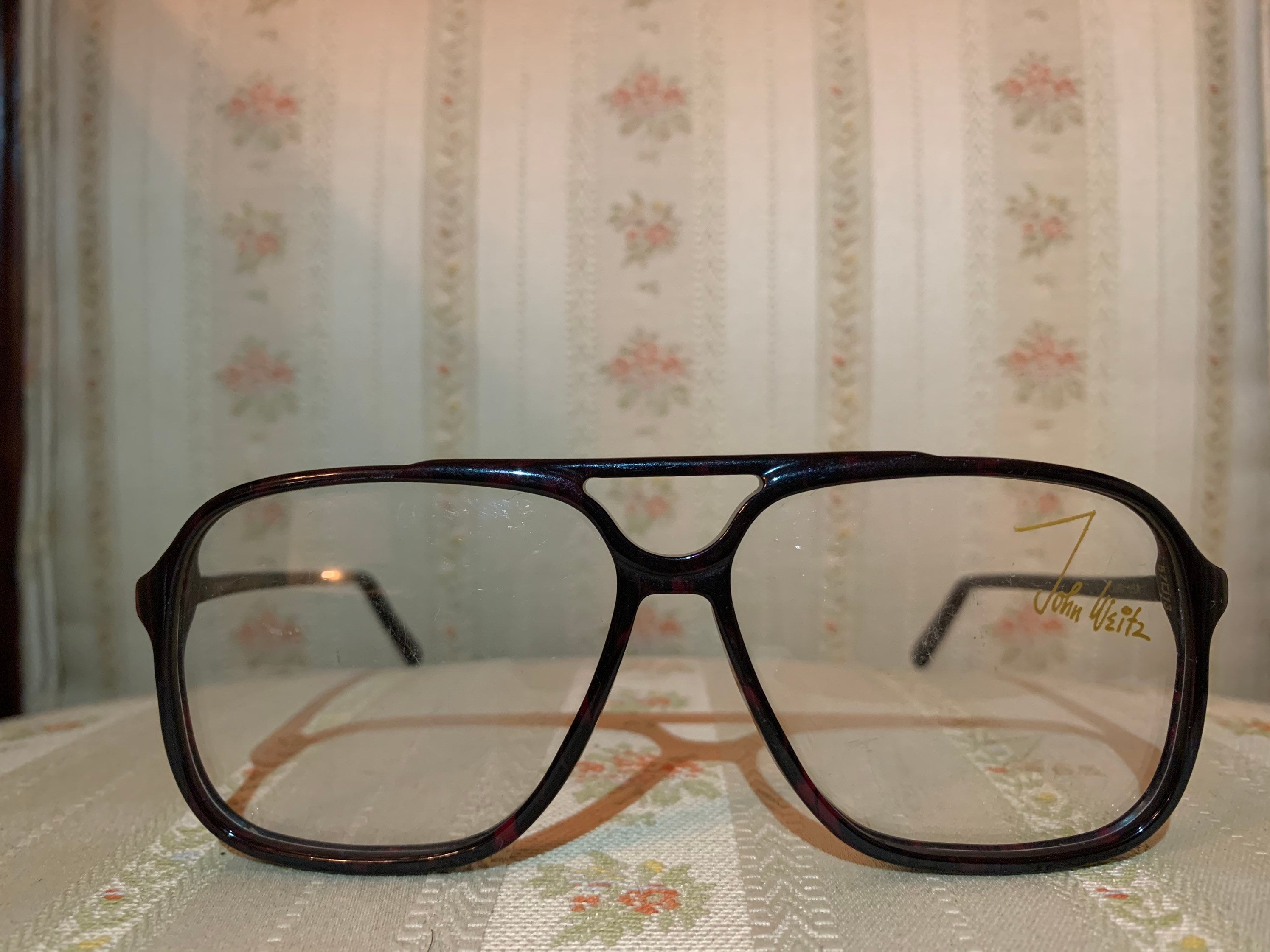 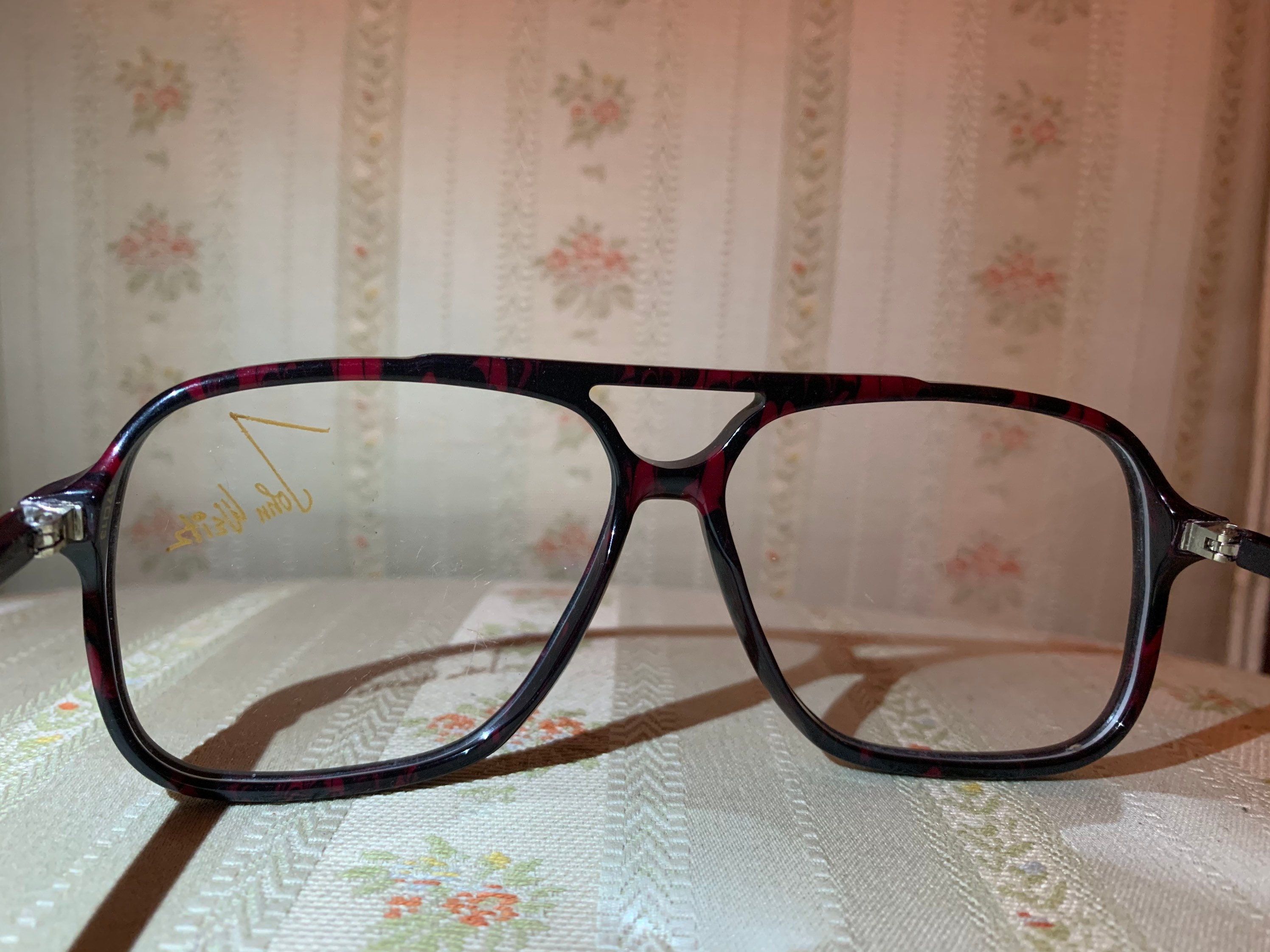 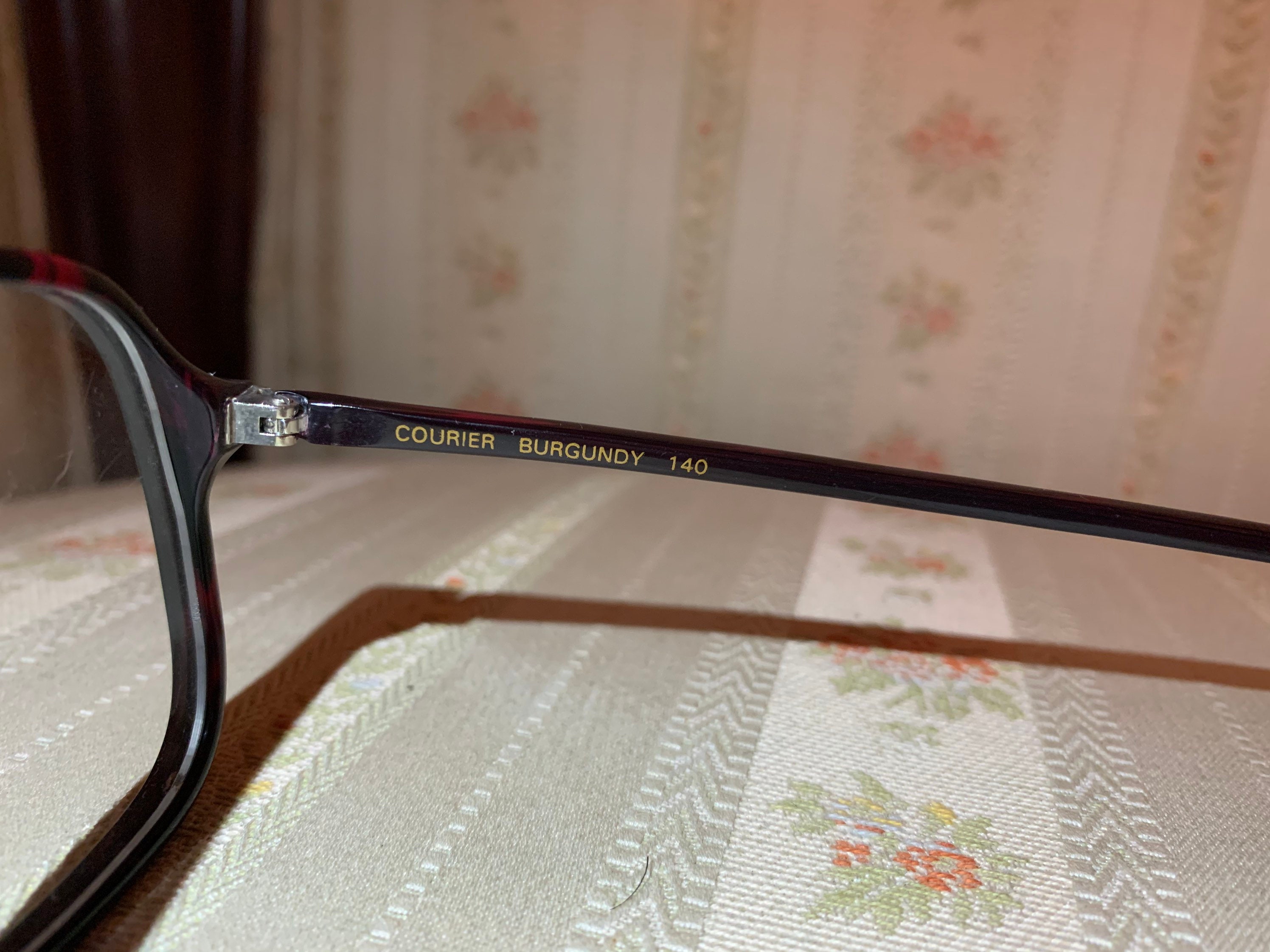 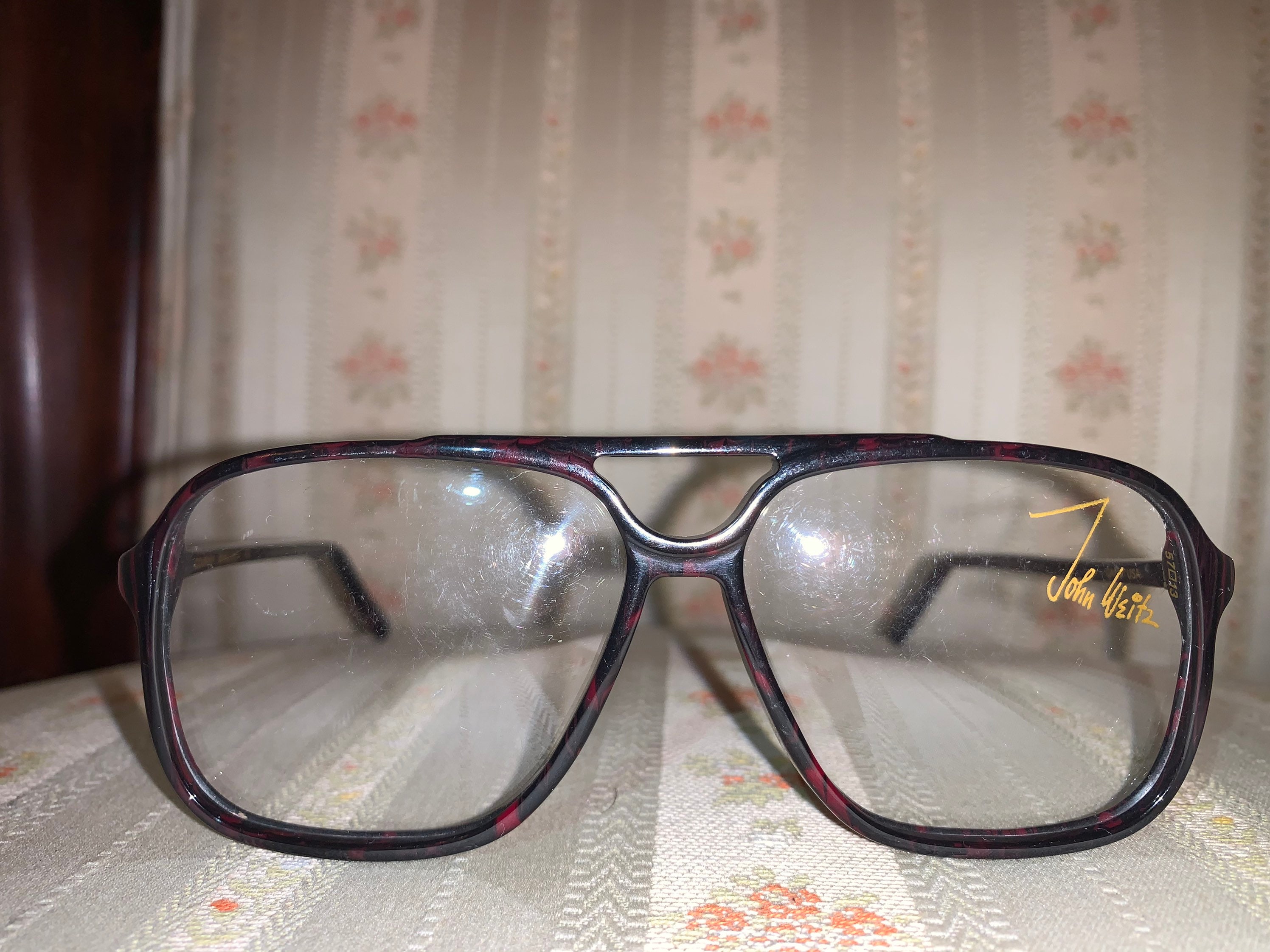 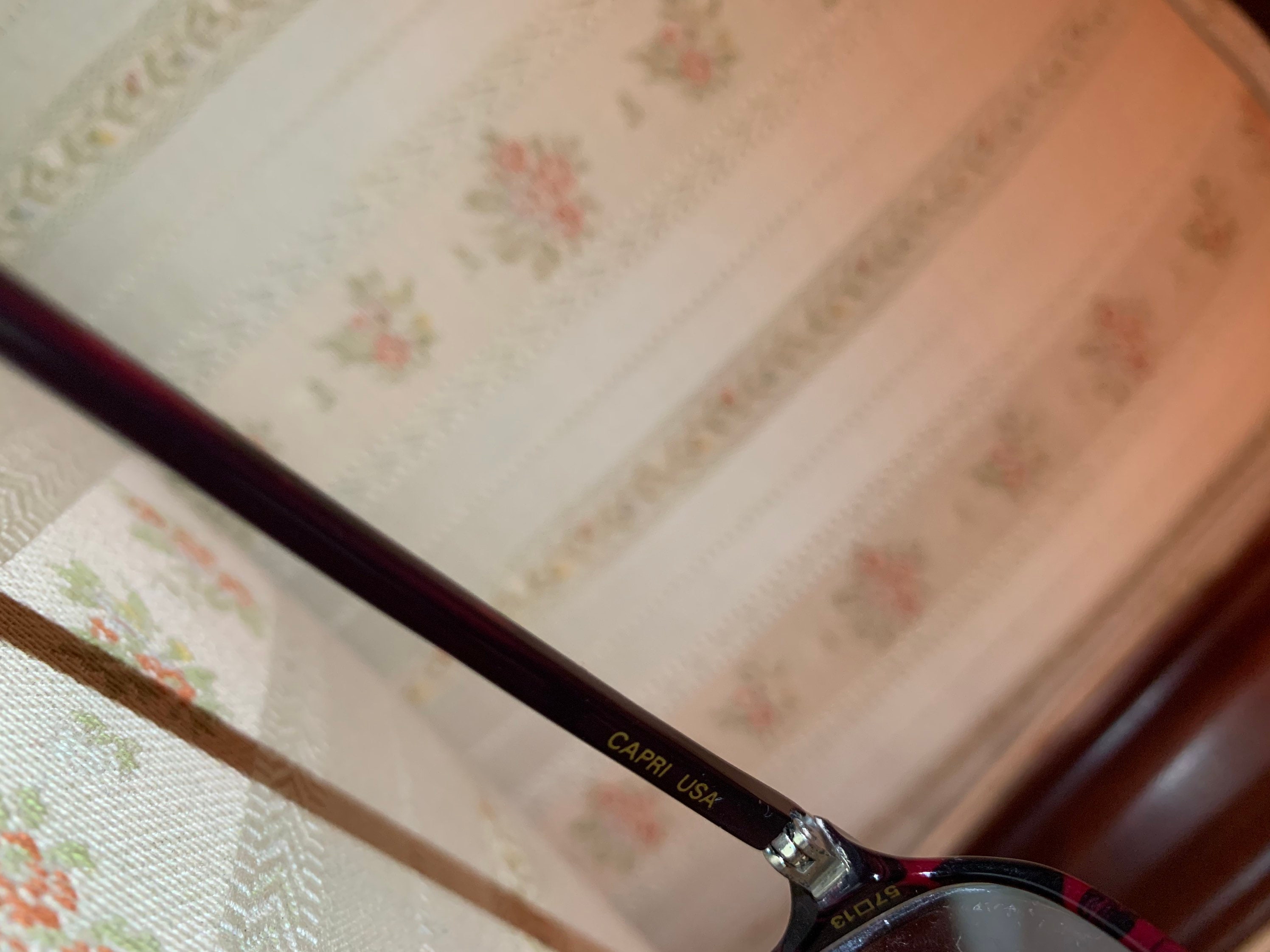 
Please message for measurements/questions or for pictures of frames on a model (at request).

Some history behind the designer:


“In 1947 Weitz started the company John Weitz Juniors, Inc., in New York City, where he manufactured dresses and women's sportswear. The company was in business until 1953. In 1954, Weitz founded John Weitz Designs Inc. During this period Weitz found an early mentor in Dorothy Shaver of Lord & Taylor.

In 1964, Weitz shifted from womenswear to menswear, where he focused on classic styles and the practical use and durability of clothing.

As a popular menswear designer, Weitz was an early adopter in the late 1960s of licensing his name brand; he also used his own image in advertising his brand.His company was called John Weitz Designs, Inc. He carried a wide, diverse line of goods and was often featured in advertising that portrayed a glamorous lifestyle. One of Weitz' successful and well-known menswear items that were popular was socks. John Fairchild, editor of Women's Wear Daily, said that Weitz became a household name by successfully licensing and advertising his name on products.”